I entitled this piece “Incest – An American Tragedy” although it really is a world-wide calamity and has been around since time began. In this article we will be looking at this blight upon civilization by tying it into available facts and temper it with the Spiritual and Biblical aspects.

First, there has been a lot of speculation even about Adam and Eve when they were cast out of the Garden of Eden. The account shows that they had two sons, Cain & Abel. Conjecture from articles not necessarily Biblically-based suggests that there were a number of other children, boys & girls, berthed by the “first parents”.

Cell by cell, Adam began to very slowly change from his initial state of eternal perfection to mortal imperfection, and he finally died at the age of 930 years [Genesis 5:5]. Nevertheless, Adam and Eve’s immediate offspring would have been very close to physical perfection while brother-sister marriages were the only unions possible! Further, according to the genealogies given in Scripture, pre-flood longevity was about the same as that for Adam, so families were very large compared to those of today. Brother-sister unions were not only unavoidable, but they undoubtedly became traditional and expected.

Over the millennia incest was frowned upon as cells became degraded to the point that a child produced through close “relationship” would invariably bring forth retarded and/or physically deficient offspring. One can go to any popular shopping stores and see these results in (some) children AND adults that are brought in, many in wheel chairs.

The Bible is full of Scriptures that frown upon incestuous relationships, punishable by stoning.

As this nation was being populated with an influx of people from Europe they slowly migrated westward, first to the Indian lands east of the Mississippi River and in the Appalachian Mountain areas. These were sparsely inhabited by white settler with the closest “neighbors” many miles apart. This, unfortunately, led to loneliness that led to instinctual relationships. With small dwellings  perhaps with only one bedroom and all family members sharing the only bed, children would quickly learn from parents’ actions and eventually become victims themselves.

As the area became more populated, neighbors were living closer and towns were being established, the incest between siblings as well as mixed child/parent events was practiced less and less. However, many with those deeply-ingrained traits moved out of the mountains and into town. Sorely, we still find incest abounding today in the mountain-based communities and town.

A 1984 FBI report, “Incest – The Last Taboo,” by R. J. Barry, finds “authorities estimate incest occurs in over 10 percent of American families, yet only 20 percent of these offenses are reported.”  It found that “the causes and effects of incest vary according to the relationship of the family member involved.”

Going further:  The incestuous parent often lacks control or feels confusion about his role in the family, while step-parent incest does not have the strength of the incest taboo as an inhibition. Sibling incest, possibly the most common form, is less traumatic for children close in age who consider it play, but the stereotype of innocent games has only limited application.

The American taboo against incest is framed within the legal context of sexual violence.  It involves the rape of an underage person (most often girl) and is often linked to sexual abuse and sex trafficking.  It’s a form of pedophilia most often involving an adult male, whether natural father, stepfather, uncle, older sibling or other relative, having sexual relations with an “underage” girl (or boy).

Upon conviction, penalties that can be imposed in North Carolina could range up to life imprisonment. 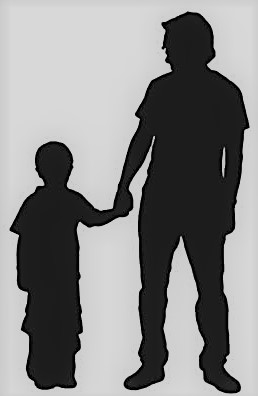 When I moved this ministry to North Carolina, a group of resident pastors told me that incest was the biggest family problem they had to deal with in their churches.

The purpose of this article is to expose the fact that it exists, not by a small degree, here in the Western Carolina Mountains. It is an un-Godly and sick act, and needs to be ferreted out by our various law enforcement agencies, not just turn their heads based on who the offenders might be.

(See a related article  at DannyTrue.com)

"Our momentary, light affliction is producing for us an eternal weight of glory beyond all comparison while we look not at the..." 2 Corin 4:17